Yes, Red Line Service, Southern California’s Premier Porsche Service Facility is back to better serve Porsche customers in the Los Angeles area.We have a new larger facility with a great location, just off the 10 Freeway at Robertson Blvd, to address all of your Porsche service needs.

If you are a previous customer of Red Line or possibly a new one, please stop by to say hello and check out the shop!

We work by appointment only so don’t wait, get your Porsche scheduled today!

We will be adding more and more content to the website to answer your Porsche questions and provide some fun stuff as well. 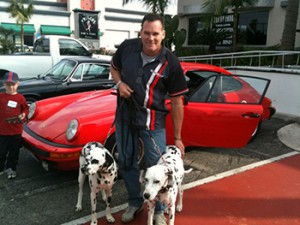 If you ever shopped for a new 986, 996, 987 or 997, you couldn’t help but notice that
those cars were expensive. You have probably also noticed that a used, clean early
986 can be bought for really nice 914 money, and an early, clean, 996 can be bought
for nice 911 SC money. On the surface that doesn’t seem right. Is this because of the
way they look, or something deeper?

Let’s examine some problems these cars can have, with a clarification that those
problems might happen sooner, or later, in a car’s life. To illustrate, a 1973.5 911T
with CIS fuel injection will probably require valve guide replacement between 110K and
125K miles. An ’87 Carrera will probably need clutch work between 60K and 75K
miles. Unlike the predictability of those repairs, an early 986/996 can have a leak
develop at the crankshaft seal, let’s call that seal the RMS (Rear Main Seal) behind the
flywheel, but the leak might not occur until after you’ve bought a low-mileage garage
queen, and actually start using it.

The RMS and related parts can have a host of potential problems. Very early 986/996
engines were constructed using a bearing carrier that supported the crankshaft and its
bearings. That carrier, in some engines, can move out of position, which will cause the
crankshaft to be off-center inside the engine crankcase. The result is that the
crankshaft will also be off-center inside the RMS, and oil will leak past the seal.

Porsche offered for sale a device that has a precision fit for the crank to case interface,
and is used with the seal removed. If the tool does not fit, the technician reads in the
Porsche manual, “the motor must be replaced.” Uh, oh. Can you imagine buying a
top-dollar, show-winning, 996 with only 10K miles on its odometer? And six months
later you have to spend $15,000 to replace its engine
As close as one outside the Porsche system can determine, an RMS/carrier failure
usually occurred in the first 15-20K miles, some as early as 8K miles, and many of
those engines were replaced under warranty.

In addition to the above, the RMS can also leak from normal wear and tear, or after
replacement by an installer with inadequate skills or an incomplete tool set. Porsche
has had three different installation tools, along with a number of seal updates. If the
latest generation tools and seal are used, an RMS repair can usually be done with longlife
success.

Speaking of the RMS problem, you think that you might have one, because of oil
dripping at the engine to transmission mating point. You remove the transmission and
flywheel to do the repair. It turns out that the RMS is dry, but a few inches below the
crankshaft is a cover, and it’s soaked with oil. That cover is usually called the IMS
(Intermediate Shaft) bearing cover. It is secured using three bolts. Those bolts screw
into threaded holes, and according to Porsche, should be replaced with bolts that are
micro-encapsulated with sealing material. When the repair is done it is also
recommended the five, visible case half bolts be replaced. Replacement bolts will also
be made with sealing material on the threads, and on the sealing surface of each bolt
head flange. 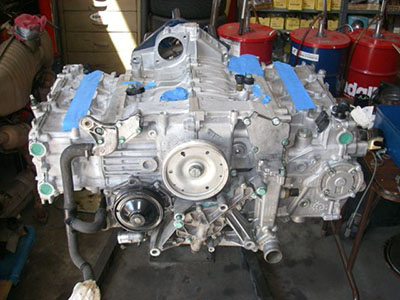 OK, the IMS bearing cover has been mentioned, but what about the IMS bearing? Well,
where does one start regarding the IMS bearing, other than to speculate about poor, or
under-engineered design. Porsche started the bearing fiasco by using a double row
bearing, then switched to a single row design, followed by a larger single row
bearing, ending with a complete re-design in 2009, when the IMS bearing was
eliminated. It would be fun to compare the IMS bearing issue to the long-ago, 944
engine mount fiasco, but when difficulty of repair, and costs, are considered, it’s no
longer funny.

Can a failed IMS bearing be fixed? Kinda. There is even a “fix” that might be
considered better than what Porsche is currently offering. An engineering firm in
Illinois has re-invented the wheel, er, bearing, and has made an upgrade kit to fix the
IMS issue. Their kit includes a ceramic bearing, which seems to have a longer duty
cycle that any of the Porsche bearing versions. The engineering firm, with the help of
durability tests, has determined that reliable life of a stock bearing is about 40K miles,
while a ceramic replacement should last 60K+ miles.

Along with regular oil changes, Red Line Porsche Service, in Los Angeles, CA,
recommends a thorough inspection of the oil filter at each oil change. If any metal
debris is found in the filter, chances are good that its origin is the IMS bearing.